Owerri, the Imo state capital came to a standstill as protesters in their thousands protested against the Supreme Court ruling that sacked Emeka Ihedioha as the governor of the state
The court said All Progressives Congress’s Hope Uzodinma was the validly elected governor of the state in the election held in 2019.

The court held that the lower court erred in law when it rejected evidence tendered before it that votes due to 388 polling units were not credited to APC and Uzodinma.

The court also ordered the immediate swearing-in of Uzodinma as the lawful winner of the March 9, 2019 governorship election in Imo State.

Here are some of the scenes of disappointments and frustrations expressed by way of a demonstration by the Imo people against the shocking Judgement. 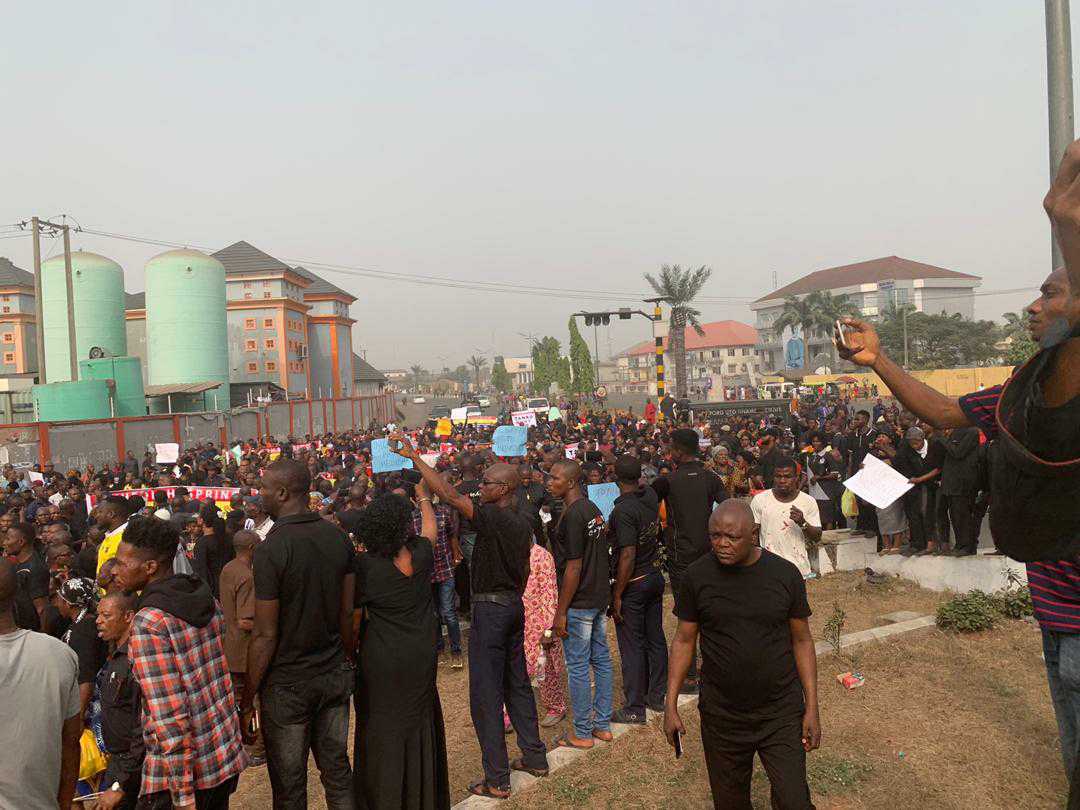 Stand  up for Peace and Development  in the Niger Delta

NIGER DELTA YOUTHS URGED NOT TO SELL THEIR VOTERS CARDS